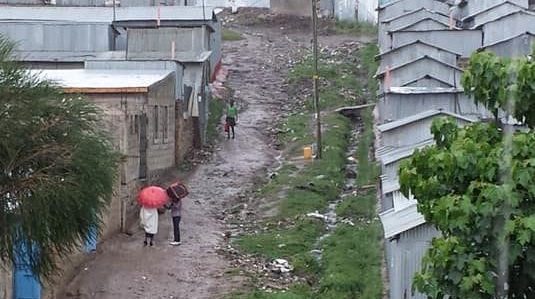 The invitation came last August. A phone call. Would I be willing to join a team preparing for a music workshop for home fellowships (house churches)? The team comprised facilitators from Kenya and others from Colorado, USA. I said yes.

My task was to trace the history of music in the African Church from the ancient pre-colonial era to present times. I concluded my presentation by challenging the African Church to write their own songs and to sing them, thereby releasing their unique God-given African sounds of worship and adoration to God and to share the same with God’s people worldwide.

Another brother, a Kenyan-based African-American, made a presentation about Hip-Hop. He tracked the theme of justice through Scriptures and challenged participants to view the active pursuit of justice as part of worship and to include songs of justice in their repertoire. Our sisters from Colorado helped us understand the prophetic aspect of church music. We also learned prophetic dance.

The third day had a more practical emphasis. We talked about how we could simplify the requirements around music instruments while at the same time tapping into our own sense of creativity and make instruments out of easily available objects around us. We used soda bottle tops to make percussion instruments. We fell in love, once again, with the simple sound of the African drum. We rediscovered the beautiful sound of a glass soda bottle when hit rhythmically with a metal rod. Then we combined it all together and used these different instruments in song.

The practical highlight for us was when we led the participants of the workshop to think about the locality in which we were meeting and to consider what the Lord would say about the lives of His people who lived there. This music workshop was being held in a slum area. The thing that stood out the most was that the people’s lives were surrounded with trash. The participants suggested that we lead a clean-up initiative.

The idea was raised that a song be written containing a spiritual message that would reinforce the practical move that we were about to make. Curtis, my African-American friend, and I led the songwriting process. Together, the team wrote a song stating that Jesus does not like a trash-filled environment. We borrowed a popular melody from an old local chorus and gave it our own words, then we added rap to it. Now we had everything we needed for the clean-up exercise – gloves, trash bags, flags, shofars and a song! The excitement was palpable.

At the appointed time, we stepped out into the designated street and began cleaning up, blowing shofars, prophetically waving flags in prayer and declaration, and singing the song we had just written. This caught the attention of the slum residents who lived along that street. Soon, they joined in and helped clean their own street! One and half hours and whole truck-load of trash later, the street looked very different from what it had been before the clean-up. Something prophetic had been accomplished, both in the spiritual and in the physical.

This experience, a first for all of us in many ways, made a deep and unforgettable impression on everyone. As members of the lead team, we knew the general direction that the Lord had laid on our hearts but none of us would have known beforehand the detail of what He had in store. Our own lives were impacted deeply as we reflected on the message in each other’s presentations and led the participants in considering what these things would mean on a practical level. In addition, no words can fully express what we saw unveiling before our eyes as a dirty street was made clean by a bunch of people whose impetus for clearing out the trash was to honor Jesus and help create a better living environment for their brothers and sisters in the slum. This is what happens when we pursue the Christ message biblically, reflectively, musically and practically –the prophetic breaks out!