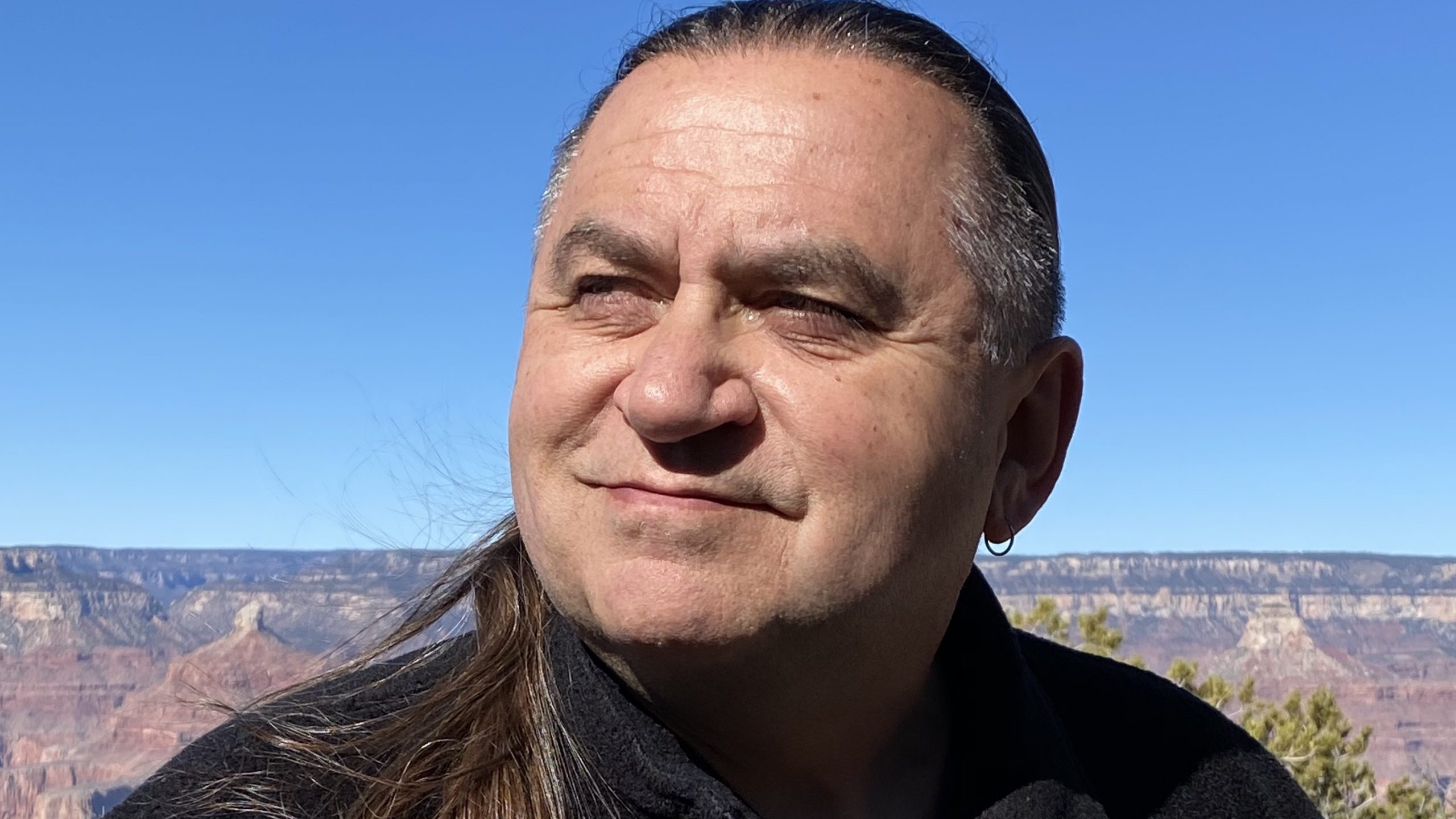 Terry Wildman, born and raised in Michigan, is of Ojibwe (Chippewa) and Yaqui ancestry. Terry is a published author, recording artist, songwriter, storyteller, and speaker. He is the “Chief” of Rain Ministries, a nonprofit organization based in Arizona, and also the Project Manager and author of the First Nations Version: New Testament. He has been the Director of Spiritual Growth and Leadership Development with Native InterVarsity since June of 2020. Recently, Terry was interviewed on a Canadian Television show, 100 Huntley Street, about the First Nations Version of the New Testament coming out August 3, 2021.

Terry Wildman’s journey as an author and Bible translator began on a Hopi Indian Reservation in Arizona. He was working with YWAM (Youth With a Mission), and discovered a copy of the Hopi New Testament, but only a couple of people on the reservation could still read the language. The English NIV translation was not relating well to the Hopi people, so he began learning about storytelling, the talking circle, and started experimenting with rewording the Scriptures using words and phrases that he thought might connect with the people he served. Gradually, this rewording of scriptures and using different terminology opened up hearts and the response was encouraging. He and his wife created “The Great Story,” an album that chronicles Creation to Christ in a Native American vernacular that went on to win the NAMMYs (Native American Music Awards) for Best Spoken Word and continues to be a bestseller.

Languages like Hopi are dying out. A history of forced English education upon Native peoples in the US and Canada in what is called ‘residential schools’ that had a goal of anglicizing the native peoples have resulted in, decades later, a shortage of people who speak those languages. Wildman says that there are over fifty Bible translations in English, and that people of different regions, places, and time periods relate to the English language differently. Wildman says, “Our native people are the same way. There are traditional ways of speaking in our traditional languages that get translated into English but there are still thought patterns and idiomatic expressions and word choices that relate more to our native people and that’s what we were aiming for with this translation, using words and phrases that meant the same thing…but would be more meaningful to our native people.”

A classic example of differences in Bible translations and meaning can be found in 1 Corinthians 13. In the KJV, “love” is translated as “charity.” These days, charity carries a meaning of giving money to an organization or person in need, so a modern-day English reader might connect to that passage differently if they read “charity” with that meaning instead of “love”. Similarly, in Wildman’s Bible translation, he uses names for the Persons of the Trinity that are more suited to a First Nations context: “Creator” for God, “Creator Sets Free” for Jesus Christ, and “Great Spirit” for the Holy Spirit. Moses Kimani (UA Africa) says, “I would recommend it for any cross-cultural missionary, any Christian storyteller, any Christian expository preacher, and anyone who loves reading different renditions of the same story. This retelling of the life, times and ministry of Creator Sets Free will be a breath of fresh air, Gospel Soup for the Soul.”

Stories are a pathway to healing, according to Wildman. He notes that the Bible hides nothing about the failures of Abraham, Moses, and Peter. In the interview with 100 Huntley Street, he said that Non-Native people need to hear about the accurate history so they can understand how and why people are the way they are, because when we hide history it can’t be dealt with in a good way. “Part of healing sometimes is telling your story,” he says. “That story needs to be told as part of the healing process, and it needs to be told as part of the reconciliation process.”

I appreciate Wildman’s courage in stepping out on faith to create this First Nations version of the Bible. In the interview, he said that it took him nine years. He had doubts, believing that he was ‘nobody’ and questioned his calling to create this for his local context. I resonate with this; for a long time, I gave in to those feelings, wondering if my work mattered to my community. I look forward to hearing Terry speak at UA21 about the importance of creating in your local context and the encouragement his story brings to artists and missionaries around the world. Sign up today today to attend our UA21 Conference Online or In-Person. Author Bio
Catherine Miller is a songwriter and writer in Tallahassee, FL. She enjoys planning retreats, working with the UA Online Team, and studying worship theology at Robert Webber Institute for Worship Studies.