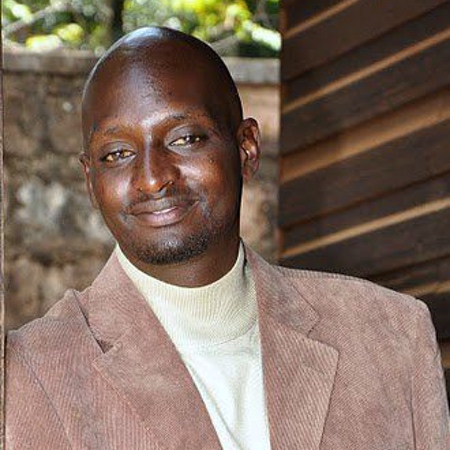 United Adoration isn’t just focused on facilitating the arts in American local churches; it works to bring artists and their churches together on multiple continents.  Our Ministry Coordinator in Africa, Moses Kimani, introduces us to work of UA in Africa in the first of a series of blog posts:

My name is Moses Kimani (pronounced key-man-ee). Most people call me Kim, which is a shortened form of Kimani. I am a deeply loved child of our Heavenly Father, for whom Jesus died to reconcile me with God. I’m married to Susan, the love of my life. Together, we have two daughters, Sifa (Swahili for praise and fame) and Zawadi (Swahili for gift).

My journey as a songwriter is part of a broader journey in music. My late mother used to say that I started making music and singing before I even knew how to speak. I have recollections of singing myself to sleep each night while rocking my head on the pillow. I have a vivid memory of listening to “Sail On” by The Commodores. Halfway through the song, I would run off to my bedroom, assume my comfort posture and proceed to try and make up my own tune to complete the song. I guess we can say that I began making music at a very early age.

In my pre-teens, Mother got me to sing in the church choir with her. That was our way of bonding. That experience grew me musically. One day, as we were walking back home from choir practice, Mother said, “Kim, you have a wonderful voice and a musical ear. Perhaps when you grow up you might pursue a musical path. If you do, I pray that you will choose God alone as the one to serve through music.” There are many things that mothers say which generally fall off the surface of our ears but this statement sank deep into my heart that very instant and has remained anchored there to this day.

At age 16, as a young high school music student, I began to compose a few simple pieces for the recorder. Two years later, as part of an a cappella band, I composed my first real tune for voice. A few months later, I got together with two other band members and worked on the words for the tune. The result was a song called “Alright.” It was later remixed by some German friends into a song about the love of Jesus.

As an adult, most of my work with music revolved around leading congregational singing and vocal arrangement. I began to write again in 2010. The first complete song from that season is called “God of all Things”.

I serve officially as the UA Africa Ministry Coordinator and Kenya Regional Leader. It involves scouting for UA ministry opportunities and coordinating songwriting retreats and online creative sessions when they happen. That’s my day job. My other passion is discipleship, especially among the unchurched and the dechurched. The harvest is plentiful.

With regard to local church ministry, I serve as a volunteer children’s worship leader at an Anglican Church in Nairobi called St. Augustine, Madaraka. We serve as a family. I feel that this helps us to bond because we minister together. It presents me with an opportunity to actively mentor the girls in music ministry. I believe that God has a generational agenda. It is important that we pass on our faith and way of life to the next generation.

I first heard of UA in August 2017 through a church announcement that was publicizing a 3-day diocesan songwriting retreat. It is at the retreat that I first met Dave. It was love at first try –with the entire mission team and with the songwriting process. They had me at “Hello!” and I signed up for life. Dave has since become a friend who’s in many aspects closer than a brother. I love him to bits.

Perhaps the greatest thing I have seen [in working with UA] has been the unlocking of giftings which may otherwise have remained untapped. One local church, the All Saints Cathedral in Nairobi, is currently working on the production of three albums. These were inspired by UA songwriting retreats. To the best of my knowledge, all the songs have been written by members of the Cathedral. That, for me, is exciting. I can’t wait to hear of repeat experiences in local churches or among local Christian ministries and groups across the continent.

It always baffles me that at that first retreat in 2017, I walked in as a student and walked out of those doors, as it were, a leader. I knew I was ready for the next phase of my life as a church musician but I had absolutely no idea that this here retreat would serve as the launching pad.

I have had the privilege of leading retreats in Nairobi (Kenya) and Bujumbura (Burundi). The first two years of UA’s ministry in Africa were spent introducing and proving the concept of local songwriting. In the third year, we were invited to Burundi. 2020 would have been our fourth year. We already had invitations to new cities in Kenya and Burundi, and to Rwanda. Then COVID-19 struck! We look forward with a lot of anticipation to the day that we shall once again be able to resume in-person retreats, both locally and internationally.

In a Time of Covid

The COVID season forced UA into an innovative space. We had to find a way to move as many aspects of our retreats to the digital space. To this end, UA Africa hosted a successful online creative session in September. The next one has been planned for October 17th 2020.

As COVID-related restrictions begin to be eased in different countries throughout Africa, we trust God for the opportunity to resume in-person retreats –proper protocols observed, of course– and to introduce them to such new cities as Mombasa (Kenya), Kigali (Rwanda), Rutana (Burundi) and Mbabane (Swaziland).

When COVID struck, we were devastated. All our plans for the year were interrupted. Personally, I took a hiatus and decided to focus on my own songwriting. With the passage of time, our colleagues in the USA devised a way to move some aspects of the UA retreats online. We call these online creative sessions. Dave Frincke pointed me in that direction. At first, I wasn’t sure that it would work for Africa but with time, I was convinced to give it a try. The American team provided training and we were good to go.

We held our first Africa Online Creative Session on September 19th. What a success it was! We had 17 participants from four African countries –Kenya, Rwanda, Burundi and Uganda. New songs were written, some previously incomplete songs were finished and a prophetic dance was created. The dance was significant; it represented an expansion in the types of art being created at our UA Africa events.

We hope to see more African countries represented in future Online Creative Sessions. Presently, our plan is to host these sessions monthly. Our next one is planned for October 17th, which will be followed by the last one for the year 2020 on November 21st.