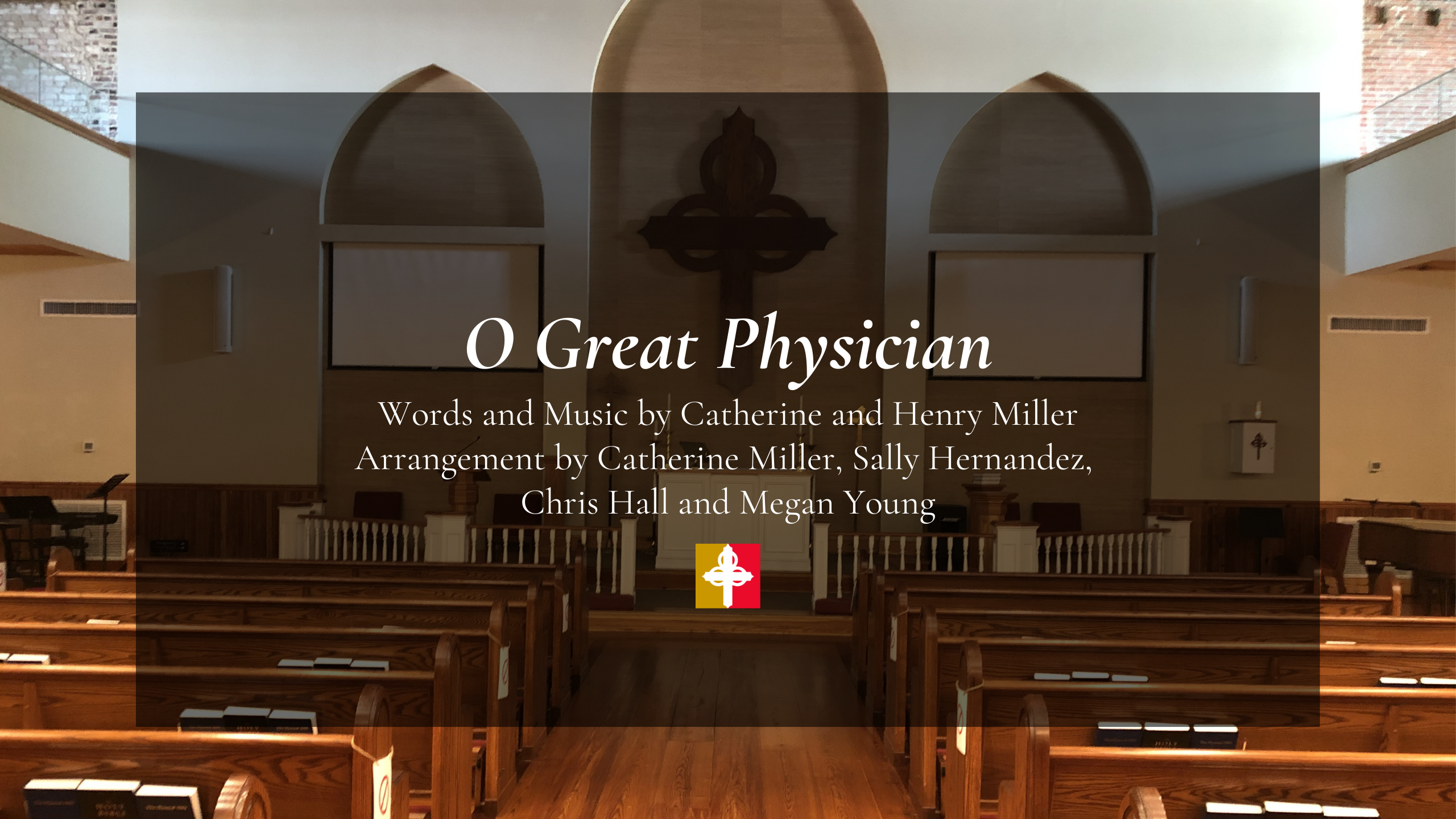 In March 2020, I was invited to the first online creative session with United Adoration, a ministry dedicated to revitalizing the church through the arts. I found the online sessions very helpful to me to assist in the process of creating while I was writing a new song. Lyrics don’t come naturally to me, or at least not as naturally as melodies do. I attended a few different sessions and worked at finessing the lyrics. I received a lot of helpful feedback and encouragement to keep working at it, including advice on how to improve the structure of the song, lining up syllable counts and giving me new ideas for words. During the months that followed, my husband and I spent time working on the song’s lyrics together, and we posted the final lyrics to the United Adoration Creates group, receiving the thumbs up that we were at a stopping point.

Even after receiving their affirmation that it was ready, we were anxious about sharing it. Not only the technical aspects of how to share it, but anxious about the reception it might receive.

I decided to be brave and go post it on Facebook. I have been terrified of the camera since I was a child and was trembling just before I videotaped myself. But I posted it and waited, believing that the prayers in the lyrics were important and that God wanted to use our song to encourage others. More and more friends heard the song and commented or positively reacted on Facebook with encouraging words of affirmation. Some even asked for a recording, which totally surprised and honored me.

Because of its reception, I felt comfortable sharing it with some of the clergy in the diocese. I was encouraged to make a video recording of the song so a group of musicians joined me. The process of recording the video was organic and led by the Spirit.

Following that, the video was shared by a local minister in an online concert she was organizing, which opened up doors with people in the local community, eventually being played on the local cable station. The song was even used in worship in a variety of Anglican churches in our diocese including Incarnation Tallahassee and St. Peter’s Cathedral. It is an honor to consider that the words the Lord laid on our hearts are being used in worship throughout our diocese.

From these online songwriting sessions and encouragement and constructive critique with United Adoration, I have not only grown as a songwriter in my calling to write new music for the church but I have also faced fears that previously kept me from sharing my work with others. I am growing in confidence as a creator, but also in The Creator, and learning to rely on the Holy Spirit as the source of my creativity. I would encourage all churches to consider how they can support and encourage creativity within their community, especially during this pandemic season.

If you would like the chord charts or lead sheet, reach out to me: catherine_miller@unitedadoration.com

Catherine Miller is a songwriter serving at Trinity Anglican in Thomasville and Assistant Online Leader with United Adoration. If you would like to learn more about United Adoration and how to support their work, set up a meeting with Catherine via email.

Your story is a great encouragement to my heart right now. And the song? It’s exactly what I needed to hear. I have just returned from an awesome but draining mission and as I listen to the song, I’m asking our Great Physician to refresh my soul. Thank you, Catherine and Henry for a beautiful song.

You are so kind, Moses. Thank you. I don’t know if you remember, but you were in one of those first creative sessions when the song was starting to be born. I can’t quite remember what you said, but I remember you being there. Praying for your spiritual protection and refreshment, new friend. -Catherine Miller