“You Can Do This”: Catherine Miller on UA Creativity 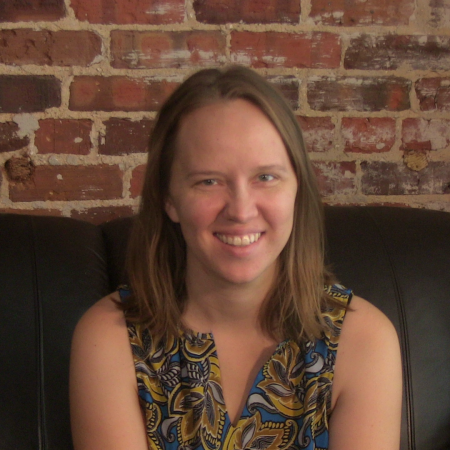 We’ve talked here about United Adoration’s Creative Sessions, SongShares, and PoetryShares.  What effect do those events have in the lives of the participants?  Catherine Miller, Director of Classical Music at Trinity Anglican Church in Thomasville, GA, takes some time to tell us:

Why do you create?
I told someone recently – I can’t help it. I’ve been through periods of my life where I felt like nobody wanted to hear my music, and I wasn’t successful because I wasn’t published. Don’t get me wrong – I’d love to produce an album and be published someday! But I’ve realized fairly recently that being successful can’t be my goal. I cannot serve two masters, as the scriptures say. My creations work best when I prioritize my relationship with God and make him my audience, rather than working for the approval of others. Our church held a UA Retreat in February 2020 with Rachel Wilhelm. Before the retreat, my husband and I hadn’t thought of inviting the Holy Spirit into our creative process. It’s been a revolutionary concept for us personally.

What experiences contributed to you becoming a musician?
I think there’s always been music inside of me. From a young age, I enjoyed writing songs and felt drawn to music. My mom took me to see the church orchestra rehearse and I felt most drawn to the piano. I was also in church choir from a very young age.

What do you consider your full-time job?
My children are my full-time job. I am mostly a stay-at-home mom, and I work quarter-time at Trinity Anglican Church in Thomasville, GA. Working with the choir has been a lifeline for me the past two years. My husband and I drive up twice a week; I lead from the piano, and he will sing in the tenor section. We’ve sung a few songs that we’ve written with the choir. Recently, I joined United Adoration as a local leader, and I help with their online ministries.

Have you engaged in any new creative expression during the pandemic? Or perhaps started doing again something that you’d previously enjoyed?
I started writing again. I write long letters to my husband’s grandmother, who is 90 and stuck in a nursing home with limited abilities to connect with the outside world. I was worried about her being depressed, so I sent her an image and a poem and said, “Can you figure out which poem this is?” She got so engaged with the process and the “game” of it that I started writing to her. I wrote 10 pages last time, detailed descriptions of our adventures as a family. She called me the other day and told me what a blessing it was, receiving the letters.

How can you use your gifts to bless the people around you?
During the pandemic, I had to quickly learn to record music on my own, and that was stressful. I had a lot of doubt at the beginning. I told one of the vestry members that I felt so low about recording, I wondered why I should even bother. Why not just play Stuart Townend’s recording of “Psalm 23”? Why bother making one of my own? He encouraged me and told me that I need to just try my best. One of the recordings I made during the pandemic was an arrangement of “This is My Father’s World” and I added photos and videos that my husband took to make a slideshow for our church’s online art gallery. My son George, who is currently 3 years old, played it for himself ad nauseum. I included pictures of him and his brother and photos of art created by our church artists in the video. One day, I heard him singing the hymn to himself while he was building with blocks. I had never really seen the point in making a record, but at that moment I thought, “OK. I need to make a record, or at least some decent recordings, if only for him, so that he will listen to his mommy singing and learn the truths of scripture that way.” It helped me see how in a tangible way my gifts could bless the people around me.

Recently I released a song online that I had been working on during UA Creative Sessions. I had over 50 people, all friends and family, comment and “react” on Facebook. Two people requested a recording. I felt really affirmed as a songwriter, and I felt like I had helped some of my friends express feelings and prayers that they didn’t have the words for.

How would you encourage people like you?
I’ve discovered the hard way that I am a better mom and wife when I make time for my creative endeavors. You can be a mom and you can still love yourself well by making time to be creative

How has the ministry of UA helped you?
I was telling someone the other day – I signed on as a leader because I’ve seen how much the ministry and message have impacted the people who attended our retreat as well as my own life.

For myself: It meant a lot to me to have Rachel Wilhelm come. She led with confidence, encouraging and listening to the musicians. She gave critique, but it was in a way that said “You can do this; try this – it’ll make it better.” Seeing that example was profoundly impactful to me. Rachel spent unhurried time with artists, listening, encouraging, and sharing music and art with them is one of the best ways I can embody the worship leader missionary mindset.

For the folks who attended our retreat: One person reported that she is normally a words person, but she started to hear melodies. I witnessed a lot of people feeling encouraged in their gifts as they shared with people; realizing that they don’t have to do everything well made them feel like they could still contribute in collaboration. Another person had received a lot of rejection in the past; we recently recorded their song and they felt really healed and appreciated and remarked to me that they “could move on” – they felt another song brewing. Folks from other churches found each other in collaboration. The idea of collaboration had not occurred to them – they were often creating alone, or had a favorite collaborator. So I think that over time we will see more people working in collaboration.