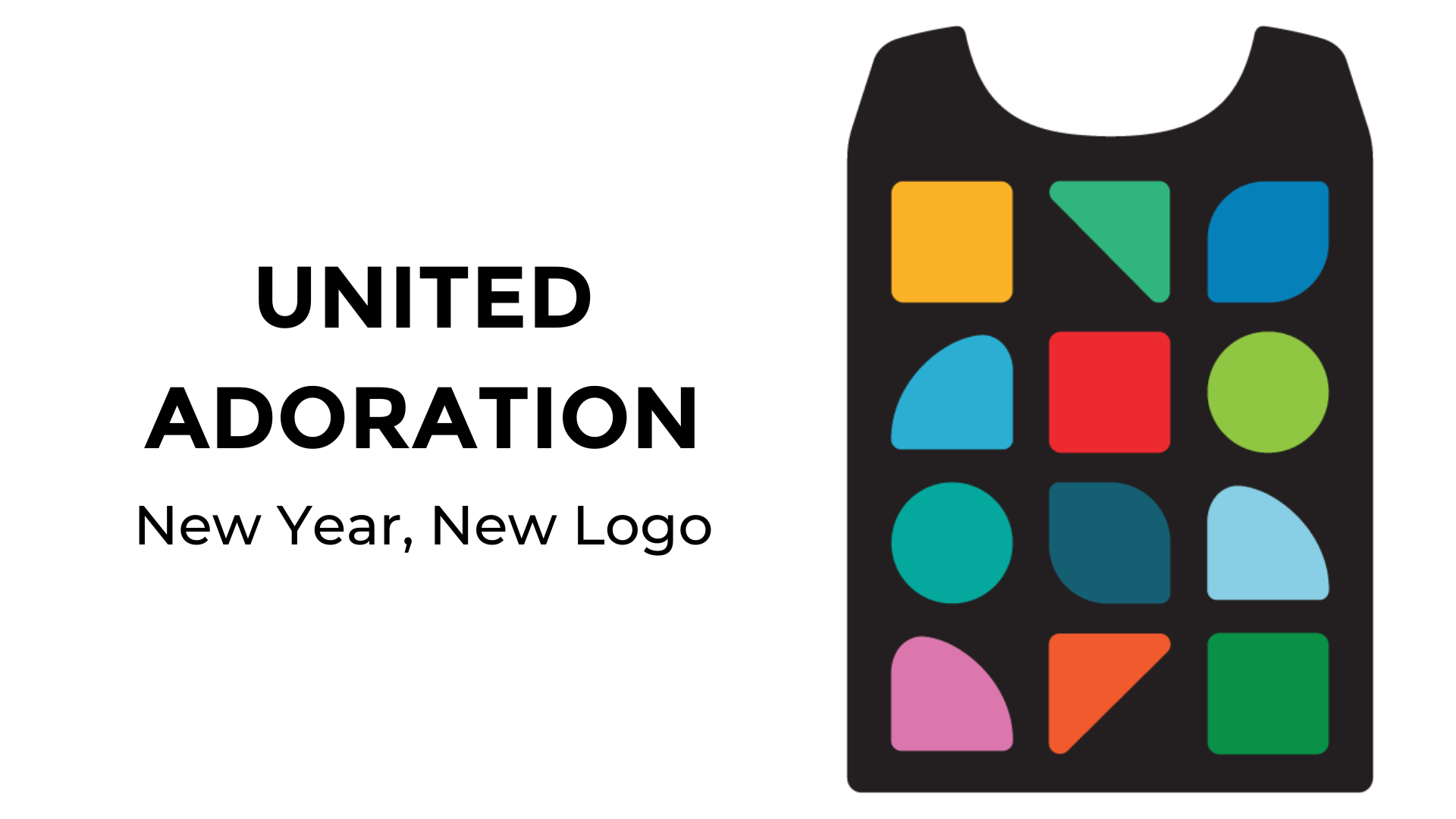 United Adoration has grown from a living room gathering to a worldwide movement with a robust online component in just six years. How the Lord has blessed our work! As we considered this, we realized that we wanted to rebrand our logo from two stylized English letters to something more symbolic that better represents our mission and worldwide partnerships. We are excited about the number of artists we are reaching and how much art is being created for use in the local Church. We are seeing artists receive healing in their souls, relationships strengthening between pastors and music ministers, leaders rising up, and deep collaboration between artists from different cultures, backgrounds and stylistic preferences.

United Adoration works with artists and pastors to revitalize the creativity of the local church in order to minister to the Lord and His people, and our new logo reflects this work. The design is inspired by the story of the artist Bezalel (Exodus 31) and the chestpiece designed for the high priest to wear as he ministered to the Lord (Exodus 28). Bezalel was filled with the Holy Spirit and had skill, ability and knowledge in all kinds of crafts. He was an artisan, shaping artistic designs in gold, silver, and bronze; cutting and setting stones; and carving wood. He led a team that crafted the elements for Israel’s worship in the wilderness, from the tent of meeting and the ark of the covenant to various furnishings, anointing oil and fragrance, and garments for the priests.

Twelve precious stones were set into the high priest’s chestpiece. The stones represented the twelve tribes of Israel, with one unique stone for each tribe. The stones were all fashioned together in such a way that they didn’t lose their individual identity, yet were part of something bigger than themselves. This symbolism resonated with us. At United Adoration we work with local congregations, dioceses, regions, movements, etc. to help release their unique cultural expressions of worship using their own languages, styles, and artistic disciplines, all the while remembering that they are part of the worldwide body of Christ.

In Exodus 28:29, God tells Moses that the high priest will “bear the names of the sons of Israel over his heart” while he ministers. Similarly, United Adoration is called to love and appreciate the “one holy catholic and apostolic Church” as we work with churches and movements from various denominations in countries around the world.

The chestpiece was commissioned by God but created by an artist for the high priest to wear as he performed his priestly duties. In the same way, United Adoration desires for the relationship between artists and pastoral leadership to be healthy so they can work effectively together as they minister.

Hebrews 8 says that the elements of worship for the Tabernacle were copies and shadows of their heavenly realities. This chapter also says that Jesus is our great high priest who is ministering in the heavenly tabernacle. As our great High Priest, Jesus is wearing the real chestpiece as He ministers in Heaven. Selah.