What God is Doing Through UA in Africa 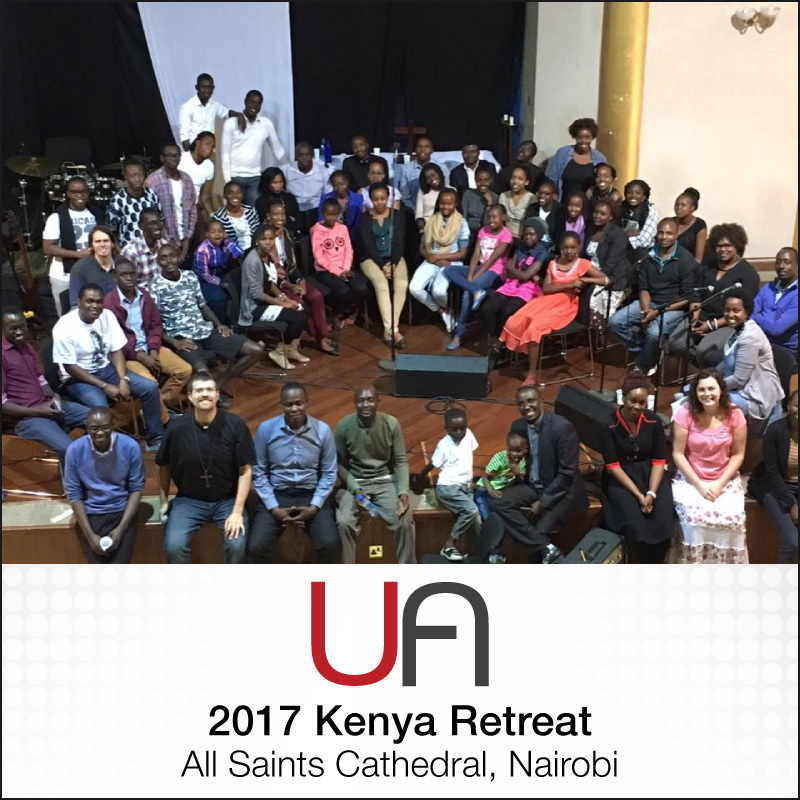 The third in our series from Moses Kimani, UA Regional Leader for Kenya:

[What have I seen God doing in our communities?] Perhaps the greatest thing I have seen has been the unlocking of giftings which may otherwise have remained untapped. One local church, the All Saints Cathedral in Nairobi, is currently working on the production of three albums. These were inspired by UA songwriting retreats. To the best of my knowledge, all the songs have been written by members of the Cathedral. That, for me, is exciting. I can’t wait to hear of repeat experiences in local churches or among local Christian ministries and groups across the continent.

[I’ve seen healing happening through our songwriting retreats. Some examples are:]

Peace Ruby Bukachi attended a three-day UA songwriting retreat in 2017. Previous to this, she had been deeply wounded from an attempt to write a song some few years earlier. You can imagine her trepidation when she showed up for this songwriting retreat. But God had a different plan for her here. The safe environment she found, coupled with friendly encouragement and a little help, she wrote “Pendo.” The enthusiastic applause she received when she shared her song with other retreat participants. In those three days, Peace experienced healing from previous hurt and received freedom to create music, sing it to her Lord and share it with others! In April 2020, Peace released “Pendo” as a single.

Hosea Bigirwa attended a three-day UA songwriting retreat in 2018. During prayer time on Day Two of the retreat, we invited testimonies. Hosea summoned as much courage as he could, stood up and began to share. He told of challenges that he was facing and things that he was struggling with. After he had shared, we asked the men in the room to surround him and pray for him. Prayers were made, bondages broken and prophecies were released upon his life. Right at that moment, Hosea received healing. Months later, he wrote on his social media status that the UA retreat was perhaps the best thing to have happened to him, second only to the gift of salvation in Jesus. His life is a great testimony for Christ.

This next story is about community healing. In December 2018, I had the privilege of participating in a music conference that was held at a church that was located right in the middle of a Nairobi slum area. My role was to speak on the need for local songwriting and to practically demonstrate a songwriting process. At the beginning of that process I asked the participants to take some time to pray and get a feel of what the Lord might be wanting to say to the surrounding community. We got sense that God was concerned for about the disturbing lack of hygiene as there was a lot of trash strewn all around. Suddenly, we sensed that the Lord would have us do more than write a song; He wanted us to lead a street clean-up! A team was dispatched to purchase the supplies that would be needed for the clean-up exercise, while the rest of us would invest time in writing a song that would be the rallying call for the community. At the appointed time, we stepped out into the designated street and began the clean-up, singing the song that we had written. The residents were taken by surprise. They even joined in and helped clean their own street! It took one and a half hours to clean out a truck-load of trash and transform the look of just one street. We left with the feeling that something prophetic had happened, both in the spiritual and in the physical. I had the opportunity to blog about it. You will find the whole story here.

Now I will share a story of healing from several years ago. I was the worship pastor at a local church. It was my practice to try and transform our weekly practice sessions into more than just practice. I wanted the team to worship through the songs and to be transformed by them. I wanted people to have God-encounters. One afternoon, we finished practice and I sat at the piano and just let it flow. We were joined by a few other youth who loved to worship through music and singing. At some point toward the end, I was led to say some things prophetically to some of those who were in attendance. I specifically remember addressing one young man. I spoke the love of Jesus over him, specifically over his body. Then we wrapped up and I invited those who were present to share any word that the Lord may have given them to share with the rest of us. The young man that I had addressed spoke up and said that when he walked in that afternoon, he had a bad headache but when I called his name and addressed him as I had been led, the headache ceased immediately. The Lord had ministered healing even without me knowing that that was what He was doing!

This last story is from about the same period of time as our last testimony. It was Sunday morning and the service was in progress. I had no idea that something spectacular was about to happen. I had spent the previous night in counseling with a friend whose marriage had fallen apart. He had insisted on meeting at a night club. I was there until 3:00AM Sunday morning and I was feeling quite defiled by everything that was going on around me. When I got to the sanctuary that Sunday, I sat at the piano and told God that I was feeling drained and that I had nothing to offer except myself. If He could use anything, perhaps He could use me.

We were done with the music segment of the worship service and the pastor was now making priestly intercession on behalf of the congregation. I was seated at the piano, playing softly to provide a musical background to the pastor’s prayers. Suddenly, I felt as though my mind and my hands had become one, with the kind of perfect synchrony and coordination that I had never before experienced. I flowed perfectly with the pastor, gaining intensity when he raised his voice and playing softly when broke into a near-whisper. At some point he paused longer than usual. I continued playing, but very softly so. Then I began to hear voices coming from the congregation. I turned to look and was met with the strangest sight. People were crying softly, with hankies in their hands to wipe off their tears. It wasn’t just one person; several people in the congregation were in that state. Later, after the service, members of the congregation came up to me asking if I had a recording of what I had played. I didn’t. In fact, I had never played that tune before. It was a divine tune that came to me during the prayer time as an answer to prayer before that day’s service. Somehow, God had taken my hands –the hands that I had offered up to Him before the service– and used them to release healing through music. That day, an entire congregation experienced healing.